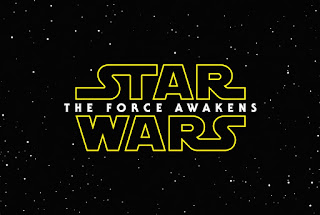 It was the summer of 1977 and I was 14. With my sister – three years younger – we had persuaded my parents that we should be able to make our first visit to the cinema on our own, and thus we joined the crowds in Ashton-under-Lyne to see that year’s massive hit, Star Wars.

It’s been pointed out since – more than once – that George Lucas’s iconic films don’t bear too much scrutiny; certainly not for the scripts.

But then again, that was never what they were about.

The response all those years ago was all about – well, the excitement of the piece. The action, the adventure, the effects, the humour, the characters, the classic goodies v baddies nature of the thing ...

This was Saturday matinee stuff done with all the pizzazz that Hollywood could muster in 1977 – indeed Lucas had had to set up a new company, Industrial Light and Magic, simply in order to realise his vision.

And that company set the standard for special effects for years after.

But back to Star Wars. Aimed fairly and squarely at youngsters – not at their parents – this was no ‘family film’ in the sense that that had meaning in those days.

Irrespective of the literary merits of the script, it was a film that had a huge impact on the lives of many who saw it.

I probably wasn’t as obsessed as many, and while I managed to get my hands on model kits of both C-3PO and R2-D2, plus the novelisation and the first two sets of trading cards – and my father somehow got a cinema poster for me – I didn’t have the wherewithal to ‘invest’ in much else.

But in the meantime, I played air lightsabre and fantasised about being a Jedi Knight.

The robots died years ago, victims of the many moves my earlier life involved, while the trading cards and poster went much the same way, although in more recent years, I’ve got quite a few autographs from original cast members.

I nursed a brief, rather fantasy-like ambition of going to work for Industrial Light and Magic (imagine getting paid to build models?), but that didn’t survive any more than my teachers’ belief that I should go and study graphic art.

But I still have that ‘novelisation’ on the shelf – battered though it is – and I’ll admit to a lightsabre app on my phone.

And now – in recovery from the ‘you’re over 13 and can’t have toys’ (that passage of Corinthians about ‘giving up childish ways’ has haunted me for most of my life) – I have a Funko Pop New Order stormtrooper, which arrived in my Christmas stocking.

I saw The Phantom Menace at the cinema twice. First, because the Other Half and I wanted to see it – and then because taking her was the only way that my niece was going to see it.

It was awful. I didn’t even bother going to the cinema for the next two of Lucas’s prequels.

I’ve seen them since on TV and they’re as slick as hell, but they are not Star Wars. Okay – they’re not my Star Wars. Or, given the general attitude toward them, pretty much anyone else.

Just because I’m fascinated by the history of a trading body such as the Hanseatic League doesn’t mean that I want trade disputes in the Star Wars universe!

Of course, probably worse than that (yes – worse even than the creation of the execrable Jar Jar Binks) was Lucas’s attempt to wipe all original copies of the first trilogy from existence and replace them with his seriously remastered versions.

At what point does a work of art belong to the public/fans and not the artist/creator?

In essence, Lucas’s core ‘crime’ was finding that new technologies made his mental visions more and more possible.

However, where many might simply have released a ‘director’s cut’ he tried to change history.

Bad move. As you might have gathered from the top of this post, the original films were important for youngsters of their day – my love of them is far from being unique.

Now I’m not into a heavy bad-mouthing of Lucas – I like to think that I have a clue as to why he did what he did (I can ask the philosophical question, after all) – but I approached the latest installment with, at first, complete disinterest, then trepidation and, only quite late on, excitement.

And so to Star Wars: The Force Awakens – is it any good?

Well, if you’re looking for spoilers, you won’t find them here.

For me, it was the start of the new year: The Other Half and I saw it on New Year’s Day at the BFI IMAX – thus ensuring it was an ‘event’, since we’d never been to the UK’s biggest screen before and since we’d never had the ‘immersive’ cinematic experience before.

I came out feeling like a wrung-out dish rag and then, within around half an hour, found myself bubbling like an excited teenager again.

The plot may not be staggeringly original – but there are no bloody trade wars!

I like Maz Kanata (Lupita Nyong’o); the first appearance of an x-wing had my eyes pricking, C-3PO is as irritating as ever, while new robot, BB-8, manages to be both cute and funny, while Kylo Ren (Adam Driver) establishes himself as a bad enough baddy – with a tad more complexity and a few more obvious issues than old Darth.

John Williams’s iconic score is back – hearing the themes again sets the spins a tingle, as does the opening moments, when the words head off into deepest space above us.

The action sequences are exciting and the whole film is imbued with the humour and good spirits that drew us in back in ’77.

In a nutshell then, JJ Abrams has given us back Star Wars.

It may win no awards for originality, but as the box office take and the response have shown, that is not what was wanted.

Lucas does not, apparently, like the “retro” feel, but that illustrates once more the tension that has existed for some years between the creator and the fans of his creation.

What will be interesting is to see if he now takes this opportunity of his child having finally left home to spread his creative wings once more and produce something new and, if he is so inclined, entirely different.

In the meantime, I’ll look forward to the Blu-Ray release – and wonder what will happen in the next instalment.

Posted by Amanda Kendal at 13:10 No comments: