Over-hyped and flawed, but still an enjoyable romp 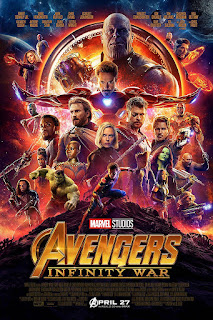 In terms of sheer hype and expectation, Avengers: Infinity War must be near the pinnacle of Hollywood frenzy. One of the most expensive films ever made, with an estimated budget of $316–400 million, it achieved massive pre-release ticket sales and, by 26 May, had pulled in $1.849 billion at the box office.

Bringing together various strands of the Marvel universe, it centres on the acquisition by Thanos of all the infinity stones, rendering him pretty much invincible.

Various superheroes try to stop the genocidal lunatic, but all fail.

This provides the core idea that many fans have hailed – that supposed superheroes are not that super and can end up doubting their own abilities etc. None of this is, however, new.

There are a lot of things here that work – and when they do work, they work very, very well: the banter between Tony Stark and Dr Strange and their relationship with Spider-Man offers much fun. After all, when you get Robert Downey Jnr and Benedict Cumberbatch firing off each other, it’s likely to be worth watching, while Tom Holland is very good as a the teen among them.

The Guardians of the Galaxy crew are just great – not least the part of the team (Rocket and Groot) that splits off with Thor. Honestly: I possibly need to buy this film on some format just to rewatch (and rewatch and rewatch) Chris Hemsworth’s Asgardian god repeatedly describing Rocket as a “rabbit” and later, Groot as “Tree”. This is comic genius and probably worth the admission price alone.

Josh Brolin’s Thanos is actually very good. He brings to the role a sense of a warped intelligence that has begun from a genuine concern at what causes poverty to one that allows himself the power to solve it by wiping out half the population of every planet that he visits – and then convincing himself that, as a result of his decision, everyone lives happily ever after.

Indeed, the character itself and the question that he addresses lends a philosophical element to the film that is welcome.

But unfortunately, the whole also suffered from being overlong and, by the end, rather repetitive: ‘how many times have we seen this fight?’

It also shows us how out of date Captain America is: more modern superheroes are much savvier and funnier. Steve Rogers is past his sell-by date and it shows. Interestingly, it also illustrates the yawning gulf between Marvel and DC, the latter of which continues to plough forward with a batch of dated characters, with only Wonder Woman really suggesting a sense of a really new life through comics and film.

There’s lots to like here, but it’s already a long way from being the best Marvel film released this tear: Black Panther and Deadpool 2 leave it standing.

But doesn’t this also all tell you the level of expectation that now awaits every Marvel release? And what will it be like by the release of the second part of this story, slated for 3 May next year?

Posted by Amanda Kendal at 17:42 No comments:

Deadpool's back – and this sassy sequel is the tops 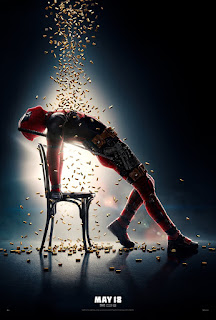 The 2016 Marvel smash hit, Deadpool – $783.1m at the box office for a budget of $58m – always had the feeling that it might be a one-off. Could the Merc with the Mouth really pull it off again?

But the arrival of Deadpool 2 makes it clear that this was no blip: if anything, the new film is even better than the initial outing.

It says something about Marvel that, on the one hand, it can be producing the rather more ‘serious’ superhero films such as Avengers: Infinity War at the same time as having an anti-hero like Deadpool take the proverbial out of just that. In fact, it probably says most of why DC are struggling so much in the film stakes.

Personally, I can enjoy both sort of superhero outing, but this latest instalment of a character who was initially introduced to comics as a villain has something extra and David Leitch’s film develops that brilliantly.

Two years after Wade Wilson/Deadpool has become a mercenary, he just misses killing a drug dealer, who then murders his beloved Vanessa on the night of their anniversary, just after they’ve agreed to start a family.

Deadpool is distraught and tries to kill himself, but since his super power is regeneration/healing, this isn’t very effective.

Things take a new direction, though, when a mutant teenager at an orphanage, Russell ‘Firefist’ Collins, explodes with rage. Deadpool is drawn into the situation – just as cybernetic warrior Cable arrives from the future on a mission to kill the boy.

That’s it – no further spoilers.

Perhaps one of the most surprising things about the film, though, is that for all Deadpool’s wisecracking (and there’s plenty of that), it suddenly jolts to moments that are moving, in a story that has a philosophical and emotional complexity that belies the usual ‘comic book’ stereotype.

Of course, the shattered broken fourth wall, the gags about Marvel (and DC) and the self deprecation all help to give the audience a greater sense of human connection to Wade than it would to a brooding bat-type character, for instance. And that’s without mentioning the constant flow of references to other films, comics and much, much more.

The supporting cast has become stronger – Negasonic Teenage Warhead (Brianna Hildebrand) and Colossus (voiced by Stefan Kapicic) return, with a chance for some character development, while Domino (Zazie Beetz) and Josh Brolin as Cable add new energy from the sidelines.

Leslie Uggams and Karan Soni are also back as Deadpool’s elderly roommate Blind Al and the taxi driver, Dopinder, while Julian Dennison does a remarkable job as a Collins.

Ultimatel though, this is Deadpool’s film and Ryan Reynolds does not disappoint.
It was suggested two years ago that this would be a career-defining role, and that becomes ever clearer.

Sassy, sexy, arch, violent, rude – and enormous fun, it can only be hoped that this will not be the final outing for him and his developing family.
Posted by Amanda Kendal at 16:57 No comments:

Isle of Dogs provides a cracking return to the cinema

Sixteen years I stayed away from the cinema – now, a few weeks feels extreme. 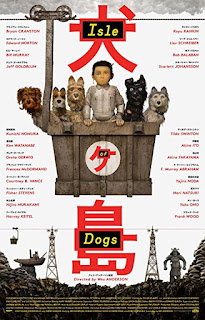 There are so many new releases coming up in the coming weeks that the want-to-see list is taking on a level that will extend movie going beyond the twice a month that characterised the first part of the year.

But a combination of a short trip away, a family death and then major surgery has left me facing catch up, so to start that process, The Other Half and I opted to see Wes Anderson’s Isle of Dogs before anything else.

Set in a dystopian near-future Japan, it tells the story of a corrupt mayor who whips up fear and hatred of dogs to help retain power. The canine-hating official then manages to have all dogs banished to the nearby Trash Island – beginning with Spots, the dog who guards his 12-year-old ward, Atari.

But Atari refuses to accept this lying down, and flies out to the island to find his beloved dog. Helped in his quest by a group of five dogs, led by Chief, a stray who is determined never to yield to a human ‘master’.

An attempt to ‘rescue’ the child goes awry – and with an election nearing, Mayor Kobayashi sees an opportunity to kill off all the dogs for once and for all.

It’s as quirky and offbeat as you would expect of Anderson. The stop-mo animation style works wonderfully: visually, it’s a superb look, with countless moments that you see again.

The plot is coherent, but it’s also a deluge of ideas: there are themes and nods here about the environment, about animal experimentation, about politicians whipping up hatred – and such hatred leading to death camps. It’s ‘about’ our relationship with the non-human animals in our lives, but also therefore about what it means to be human.

There’s another excellent score from this year’s Oscar winner, Alexandre Desplat, and a voice cast of stars that says everything about Anderson’s reputation and concomitant pulling power these days.

Okay, it would have been nice not to have had to have a non-Japanese character as provide the human rallying call late on, but in general, the film has a feeling of homage to Japanese culture. Indeed, this is very much supported by the way that culture is featured throughout, from the creation of sushi to the drumming and the Kabuki theatre, all of which create a sense of authenticity and respect.

The script is dry as a bone – in places very funny.

It’s difficult to think of anything that you could compare it to, so I won’t bother. So suffice it to say that it’s just a total delight.

Posted by Amanda Kendal at 17:48 No comments: