Music – and musicianship – to take the breath away

Every so often, a great work of art comes up for sale and people gasp when it goes for a huge sum – the sort of sum that is pretty unimaginable for most of us.

It’s fair to say that Stradivarius instruments are works of art – and they go for millions too, but while I’ve seen plenty of works of art that have been bought for a great deal of money or are insured for incredible amounts, I have not heard a Strad being played – well, not in the flesh, that is.

Or not until Thursday night, that is.

Back at the Barbican for our first concert since 1 June, when we left the Barbican after being delighted by the London Symphony Orchestra, Bernard Haitink and Mitsuko Uchida, playing Beethoven and Bruckner, this was for Haitink conducting the LSAO once more.

In this case, we started with Three Studies from Couperin by Thomas Adès (2006). The Other Half had not heard any of the British composer’s music before, while I’d not heard only a limited amount: both of us were fascinated.

Baroque composer Couperin was particularly fond of repetition and Adès’s adaptations are striking in their successful fusing of the old with the new and how they retain a sense of the Baroque while also bringing to mind something as modern and minimalistic as John Adams’s Shaker Loops.

Beautifully played and conducted, as a result, The Other Half uploaded my only recording of an Adès work to his digital collection – and I ordered copies of an anthology of his works, plus the opera, The Tempest.

Next up was Mendelssohn’s Violin Concerto in E minor and out came German violinist Veronica Eberle – with that violin, the ‘Dragonetti’, made in 1700 at the start of the ‘Golden Age’ of Stradivarius. She plays it courtesy of the Nippon Music Foundation, which owns a number of great instruments and ‘loans’ them out to musicians.

But make no bones about it – the greatest violin in the world cannot make a mediocre player sound great: Eberle is exceptional and makes it sing.

Oh, my goodness. Almost from the beginning, I was leaning forward – drawn to the utterly sublime playing. At times, she almost dances while playing; like other truly great musicians, she makes the music come alive and rescues it from any sense of polite drawing rooms.

My view of Mendelssohn has been marred by ‘Here Comes the Bride’ – this rescued it.

At the end, it was like an orgasm: I burst into tears while bursting into applause. A sublime sound – like a soaring bird, on occasions: the clarity of the notes was simply other-worldly. This is why puritans of any stripe distrust (at best) music – because the experience of it can be like sex and, of course, like religious ecstasy.

After the interval, we returned for Brahms’s Symphony No2 in D major, a light piece that beautifully illustrates the composer’s link to Beethoven.

It’s not difficult to see why programmes work in such a manner, but it’s a shame that the Mendelssohn and Eberle were not the climax to the evening.

If June reminded me of just how good live music can be – this took it new heights. Utter bliss – and serious food for the spirit.
Posted by Amanda Kendal at 20:24 No comments: 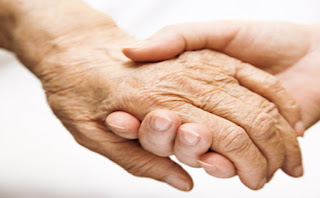 Over on Facebook, someone started a very serious and sensible discussion about integration of health and social care services. Because of family events in the last six months, I now have personal experience of some of the issues, so replied at length.

But it struck me that what I have observed might help to inform a wider audience of some of the issues – a post here didn’t sound like a waste of time.

What follows is essentially my comments on the issue of integration of these services – based on my personal experience of the last six months. I think it’s clear why I have become drawn into the day-to-day reality of the situation.

Indeed, I recommend reading the Ethical Care Charter – a document from trade union UNISON, which addresses a lot of what I have observed in the last half a year. Disclaimer – these days, I work for UNISON, but was not involved,ved in putting this document together, although I have reported since on councils signing up to it.

In the last six months, I’ve become a carer (one of several, in effect) for my father. I have power of attorney for his financial affairs (but not health) and increasingly – albeit erratically – adult social services in his area talk to me, since while my father is not ga-ga, he is increasingly divorced from a sort of gritty reality and certainly very forgetful.

The Start team from social services looked after him to begin with. He’d had a fall and a heart attack at the beginning of April, was released from hospital almost a month later and became a widower five days after that.

However, at the time, he said he had no ‘personal care’ needs – he could get himself up in the morning, dress etc and do the reverse in the evening. This impacted on what he was considered to need, within the parameters of some pretty strict rules that are based on funding.

I was asked (told) by adult social services to get a toaster so he could make his own breakfast. He’ll make himself toast occasionally, but it’s not guaranteed. I have attempted a form of bribery to get him to use it – the sort where you tell him that he can toast his own crumpets and slather as much butter on them as he wants, without my mother being censorious about him having “butter with bread”.

In the summer, social services decided he didn’t need them: he could have meals on wheels for lunch (with a sarnie in a bag delivered for his tea) and have visits from district nurses bookending the days to ensure he took his medication.

In the meantime, he has been going deaf, due to wax build up. The carers cannot apply unprescribed ear drops. The doctor hasn’t prescribed any. He had a GP visit him at home a couple of weeks ago – but not to do his ears, even though the GP themselves couldn’t get entry to the house because my dad can’t hear the doorbell at present. The GP had to ring someone to get the safe key code. Yet my father has now been ‘referred’ to some other ‘community practice’(?) to do his ears.

The district nurses couldn’t do that, and indeed, complained to an Age UK carer that he pays for, that his is not the sort of case to justify their £150-a-visit cost.

This is a classic case of people being bounced between budgets – between the NHS (district nurses) and local government (carers).

She told me the other day that she is confused by my father. She doesn’t want him to be so dependent, yet apparently cannot comprehend why he won’t get himself a drink.

Frankly, he’s not even eating much more than his breakfast (sometimes) and his meals on wheels lunch at present. I arrived at 10am on Tuesday: he hadn’t even had a drink, let alone anything else, since lunch on Monday. His first carer (who is wonderful) arrived just as I was making him tea and toast.

But I have realised that, for him, drinking is inherently social. Tea is a drink to share over a chat with someone. In the past (he’s a retired clergyman), he’d visit the local Catholic priest where they’d gossip over whisky; he was no stranger to the local pub (that was a down-to-earth social life away from the church); he spent his days in pastoral visiting (much of that to elderly women who would make him a cuppa or pour a cream sherry into a delicate little glass).

When I ask him if he wants a cuppa, his first response is to ask back if I’ll have one too.

The clues are there.

What carers need to really do their jobs, is time: time to chat, time for a cuppa. One of the biggest problems that the elderly face is loneliness. This is no secret: this isn’t rocket science.

They also need a properly-funded NHS that doesn’t palm off something like ear syringing so that a vulnerable, frail person cannot even hear the fire alarm for weeks.

They also do not need the piss-poor excuse that passes for tea from my Dad’s meals on wheels service. Every time I go, I find uneaten sandwiches (which we pay for, incidentally – it’s not free) in the fridge. And I cannot blame him – they look awful. Utterly unappetising.

Just as we feed hospital patients dross, because we have forgotten the connection between health, recovery etc and proper food (or have conveniently decided to forget it for the sake of cost) the elderly don’t lose their taste buds – but they do need to have them tickled.

On Tuesday, I heard a groan as he looked inside the paper bag that contained his ‘tea’. It was a meat paste sandwich – so unappetising that it would make supermarkets’ own-brand sarnies look like haute cuisine. I nipped back to the shops and bought a few things – ready-to-eat Cornish pasties and sausage rolls, cream cakes (I can guarantee those will never be left to moulder) and Cornish clotted cream and Golden Syrup.

Back in the house, I made ‘thunder and lightening’. It’s an old Cornish treat that I remember my (non-Cornish) mother making when anyone sent us a tub of clotted cream from the south west.

Take a couple of slices of plain white bread. Butter both. Add a sheen of syrup to one side and then spread clotted cream on top of that. Put the other slice of bread atop. Cut as needed. Eat.

My (Cornish) father didn’t remember having it before, but at the first taste, his face lit up. I have passed on the recipe to his Age UK carer, at his request.

Now, you can tell me ’til the cows come home that this is not ‘healthy’ – but between ‘Dad won’t eat’ and ‘Dad will eat’, which do you think is healthier?

So, in short: proper funding for all. Time is a serious time: time for carers to care, with proper recognition that actually, company is a genuine health issue for the elderly.

I can most certainly see advantages in services being linked – but it is far from the major problem that social care faces.

Why have we, as a society, apparently stopped seeing the bleedin’ obvious?