All you need are herbs 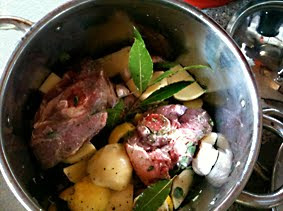 You wouldn’t really think it was much to ask, would you? The ability to purchase a single herb – one that will grow on these shores and that could hardly be described as exotic, being easy to purchase in dried form.

But getting hold of fresh oregano this weekend proved far more difficult than expected.

First I tried every possible outlet on Broadway Market – and the even traipsed all the way to a major supermarket, which proved to have an exotic collection of herbs I’ve never heard of, but no oregano (or even marjoram).

Then today, I went in search of a new Sunday farmers’ market that I knew had started doing business in mid-May. Having totally misread and/or misunderstood the directions, I walked right past it and on to London Fields and the Lido, where I sat down with The Other Half for a coffee.

On the way back, we happened to spot what we should have seen before and, with only a few minutes to go until closing time, had a first chance to look at the new market.

It’s small at the moment – but it is new and this is August. And this is very much organic produce and not imported.

I was able to solve my oregano problem, buying two growing pots of the stuff, plus one of thyme, in a three-for-a-fiver deal.

The annoying thing – apart from it being so difficult to buy some fresh herbs (chives and sage are also often ridiculously awkward to find), is that I had been planning kleftiko for a good week and could have taken the chance to either buy some oregano when in Waitrose earlier in the week or even add some to the list when I was doing a bulk internet order. 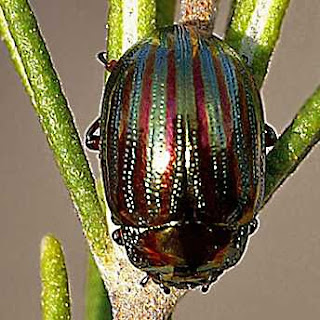 But ultimately I need to get myself sorted out and plant some new herbs. I had a small selection for some years – bay, rosemary and thyme, but while the bay tree is going strong, the thyme has died to nothing and the rosemary has been subjected to the onslaught of Chrysolina Americana, a rather attractive – if bloody infuriating – metallic green beetle with purple stripes.

A native of southern Europe, it has become established in the south of England in the last two decades (global warming, anyone?). And it loves thyme, sage, lavender and rosemary.

Come the autumn, after we’ve had the remains of the ‘grass’ in the garden paved, I’ll get a load of big new pots and planters and start again with some home cultivation – attempting to actually think of a way to protect my crops from the bloody beetles.

But back to the cooking. Although I’ve done kleftiko before, from Rick Stein’s Mediterranean Escapes, it was only in Venice this spring that I was really turned onto the joys of lamb and lemon in combination.

Saying that, the moment is vanishing far into the past when I last considered grilled or roasted lamb as something that you only ever serve with mint sauce, plain new potatoes and some fresh peas.

But the idea of doing a kleftiko again now was partly a practical one – meat flaking off bone will be easy to eat for the dentally challenged: and I do feel a need for a bit of meat this weekend.

It’s robust food, but for all his infectious enthusiasm (and the essential quality of his recipes) Stein never seems either to quite get simplicity or to be able to get past his classical French culinary background.

For instance, in this recipe, he calls for the fresh oregano or marjoram to be measured out by the teaspoon. It’s difficult enough to imagine any Greek home cook doing that – let alone the Klephts who gave their name to the dish; rural bandits who, according to legend, stole lambs or goats and cooked them in a sealed pit to avoid the smoke giving away their location.

So instead, I take my cue from Jamie Oliver, and just pull a load of leaves from my potted oregano plant and then, after juicing the lemons, add the torn skins to the pot too. Why waste all that flavour?

Take a shoulder of lamb that you’ve had your butcher cut into four, through the bone (this will do for four people), and pop it in a large pot with the juice of a couple of lemons, 100ml of water, two or three glugs of good olive oil, half a dozen bay leaves, a shake of dried oregano and as much fresh oregano as you want. Tear or cut the lemon skins up a bit and then toss them in too.

Take a bulb of garlic, pull as much of the papery skin off as possible, then slice the whole bulb in half through the middle. Peel some potato and cut into chunks. Add plenty of salt and freshly ground black pepper, then take some kitchen foil and wrap it over the contents of your pot. Pop on a lid and pop in the oven.

Give it two hours and check to make sure there’s still liquid in the bottom. If there isn’t, add a little more. Then cook for anther hour.