A thriller that offers more than thrills


The Girl With the Dragon Tattoo by Stieg Larsson 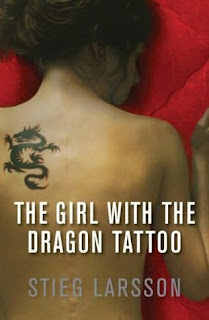 Investigative journalist Mikael Blomkvist is co-publisher of Swedish magazine Millennium which has a built a reputation for holding dodgy businessmen (and women) to account for their actions.

But when he receives information that leads him to print a story about industrialist Hans-Erik Wennerström, Blomkvist finds himself in court on libel charges, and with the realisation dawning that he cannot back up his claims.

Sentenced to three months in prison and having resigned from Millennium, he is awaiting the date for his incarceration when he's invited to visit Henrik Vanger, the elderly former CEO of Vanger Enterprises. Vanger asks him to take on a job in a freelance capacity – writing a book about the extended Vanger family. But that is a cover for trying to work out what happened to his niece, Harriet, who disappeared without trace in 1966 and who Vanger believes was murdered by a family member.

Vanger has already employed Lisbeth Salander – 25 and a ward of state after a deeply troubled childhood – to find out everything that there is to know about Blomkvist. The asocial Salander, we discover, is a genius with computers, but she has problems of her own with her new state-appointed guardian.

The Girl With the Dragon Tattoo is one of the most hyped novels in recent years: as such, I'd avoided it. But a number of personal recommendations concluded last Wednesday night when I was at a book launch in a book shop – and on the way to pay for some books, I picked one up. In effect, 500-plus pages disappeared over two days.

A thriller and a detective novel: dark and violent, cynical and yet written in a very unrushed and careful style, the first of Stieg Larsson's trilogy is a super read.

And that's not simply because it's entertaining as a piece of genre fiction – which it certainly is. But what Larsson also created here was a series of very interesting and quirky characters, and a very morally complex piece of fiction. Add into that such things as as recurring debate about nature v nurture, and you have a very satisfying piece of fiction indeed.

The tragedy is that Larsson himself died shortly after delivering the three manuscripts to his publisher. What a shame he never lived to realise what a success the books would become – and well worth that success they really are.

Of course, there are huge amounts of snobbery around about genre fiction, but this is more intellectually challenging than some 'proper' literature.
Posted by Amanda Kendal at 17:38