History that leaves you begging for more 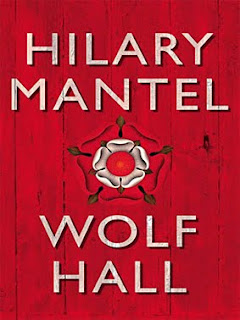 Hilary Mantel’s Booker-winning tome – and checking in at 650 pages, it more than qualifies for the ‘tome’ description – has been sitting on my shelf since a few days before last year’s prize was awarded. A massive challenge awaiting me; recommended by many, but still the sort of fat book that you feel is going to tax your ability to really concentrate on a serious literary work.

So it says something that a not-very-fast reader like me has absolutely roared through it in a fraction over a fortnight – with a number of those days not providing opportunities to read much at all.

Set in the early 16th century, Mantel has taken the oh-so-familiar history of Henry VIII and the English Reformation, and worked wonders with it. What she does, rather than put the Tudors themselves at the centre of her stage is to give that role to Thomas Cromwell, Henry’s right-hand man – a Machiavellian schemer who could make Peter Mandelson look positively naïve.

Or at least, that’s how Cromwell has long been viewed – a perception most particularly created by Robert Bolt’s play about Thomas More, A Man for All Seasons: an unpleasant, bullying man that you would never trust.

What Mantel has set out to do here is, in some part at least, a riposte to Bolt. And indeed, while she does nothing remotely as clumsy as making her More some sort of cartoon villain, neither does she portray him as a gentle, otherworldly martyr and future saint.

Here, we have a Cromwell who fought to find ways to keep More alive; who respected and liked him. But here also, when More claims that he has never wished ill on anyone or done ill to anyone, Cromwell finally explodes, flashing back at More examples of those that he has had destroyed – up to sending them to burn at the stake.

While on the surface this is a tale of how Henry wanted to divorce Katherine of Aragon so that he could marry Anne Boleyn – partly because he was so desperate for the male heir that his first wife seemed unable to give him – it is also a very timely story of religious fundamentalism. And, partly because we know that this story did not stop when Mantel wrote the final words here, we know that that fundamentalism was seen on both sides of a Christian church that was splitting asunder right across Europe.

But while Henry’s motive for the English Reformation was less a theological one and more a political one (ending Papal authority over his realm), there is plenty here too to flesh out the theological arguments that were, for many people, very real.

Again, Mantel does well to convey how, for many of those people – including, to an extent at least, Cromwell himself – what arose were not the complaints of Martin Luther, but the questions of whether, for instance, the communion wafer really does become the body of Christ or whether relics and priests and popes and saints are even mentioned in a Bible that they are finally beginning to be able to see and read in their own language, however dangerous that is at the time in which this book takes place.

Luther himself described reason as “the devil’s whore” and saying: “Reason must be deluded, blinded, and destroyed. Faith must trample underfoot all reason, sense, and understanding, and whatever it sees must be put out of sight and ... know nothing but the word of God.” It is sometimes easy to forget that whatever Luther’s role in the Reformation from a theological perspective, the role of the printing press was paramount.

These were, of course, dangerous times, and Mantel creates an atmosphere of danger, of fear: a sense that you had to be very, very careful who you talked to and what you talked about; of what you read and of how you kept your books and your papers.

There is no shortage of executions in the book, but she never overdoes this. Having described in some detail one burning at the stake and one death by hanging, drawing and quartering, she leaves subsequent ones to our imagination.

In terms of that danger, here is More again: this time, at the centre of a spy network that seeks to catch out anyone who dares to disagree with what he believes is the divine truth – even to the point of having them burnt until nothing is left of their bodies but fat and grease: nothing left for God to resurrect; consigned to eternal damnation.

Mantel leaves no possibility that her readers will not notice the cruelty of the times and perhaps particularly the cruelty of a man who has been canonised since his death; hailed as a saint and a martyr to conscience. But here is a thing: if we hail More now – a religious fundamentalist, even by the standards of his own times – what do we say of religious fundamentalism today?

We also see Cromwell as a new figure on the political landscape; a politician as had never gone before. This is, indeed, the last absolute monarchy in Britain’s history. It is the end of the old and the beginning of a modern era in so many ways.

Cromwell, the merchant and the money man, represents the change in political balance; as well as by being a commoner with no noble blood at all; a man who rose by talent and luck, resented by so many of those who come to rely on his services.

And for Britons who still believe that somehow the history of these islands has not been inextricably bound up with the history of the rest of the continent that we are a part of, Mantel has also created a reminder that that is not the case: Henry might have wanted to break with foreign power, but whether it occurred to him or not, he could not avoid or break the links with everything else that was happening, in a variety of ways, across the continent.

There is an extraordinary cast of characters here, all fleshed out in a way that makes you feel that they are now etched indelibly in your mind: Cardinal Wolsey, Cromwell’s family, Anne Boleyn (scheming and nasty), Henry himself, the artist Hans Holbein and assorted diplomats and clergy. The London that is painted here is a brilliantly vivid one too, while Britain as a whole is a country where religion and ancient myth still mingle as the mist clings to a still un-mapped land.

Mantel is apparently working on the second volume in what she intends to be a trilogy. It’s a measure of her achievement here that one can hardly wait. Wolf Hall is beautifully written; an humane novel that is both very funny in places and very moving in others, and which fleshes the bones of tired history and makes it come fully and rounded to life. Stunning stuff indeed.
Posted by Amanda Kendal at 14:12